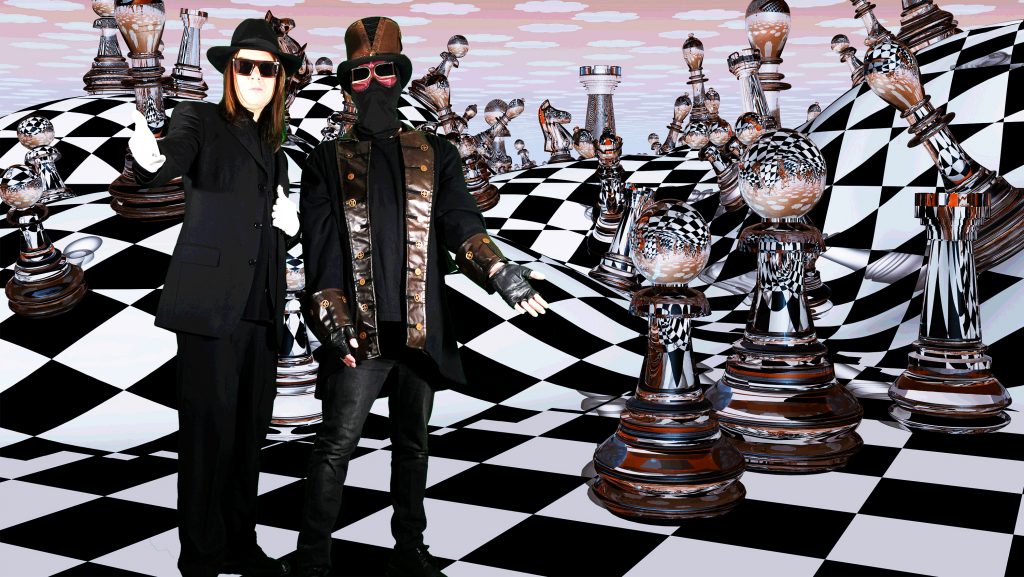 ShapeShiftingAliens is a Swedish duo, consisting of Niklas Rundquist and J.P Cleve. They create the music and the unusual and eccentric videos together; Cleve is the singer. Their inventive approach appealed to Nolan Cook from The Residents, with whom they have collaborated.

Rundquist and Cleve met when they worked with Iodine Jupiter. Cleve has, for several years, been a producer and composer, live musician and studio musician (guitar) for artists and film. In the past he has also toured and performed.

In the beginning of the 80s Rundquist participated on Lustans Lakejer‘s first record and performed with The Leather Nun. In the past he also composed music for films, documentaries and commercials, for example the vignette for Sandrew Metronome. He has created music for Cirkus Cirkör, Iodine Jupiter, and various artists on the London scene (in the beginning of the 90s). Today, Rundquist is back with The Leather Nun (on violin) and stands behind Brainshadow.

ShapeShiftingAliens and The Sublunar Society signed a record deal in 2016, and this far Sublunar has released three singles with the duo. In 2017, the self-titled albumShapeShiftingAliens came out. In 2018, the critically acclaimed one-track-single“Showing My Face” was dropped.